Catholic Healthcare managing director David Maher, who oversaw a doubling of home care packages during his time in the role, is stepping down from the NSW provider.

Mr Maher has advised the board of his resignation and will step down in late May after 20 years at the organisation, including 10 as MD.

He has overseen the growth of the organisation across all services, including doubling Home Care Packages to 1,600 packages.

He has been involved in developing the Catholic Healthcare Mission, which promotes living life to the full through a person-centred care focus, and supporting staff that provide care.

Mr Maher said he is honoured to have led the organisation.

“It has been a great privilege for me to lead such a dedicated group of staff to fulfil our mission of promoting life to the full to an ever-growing number of clients across the decade,” Mr Maher said.

“The new managing director will have a great base to work with in writing the next chapter of Catholic Healthcare’s story in the exciting world of aged care possibilities post the royal commission,” he said.

The board have commenced the search for Mr Maher’s replacement. 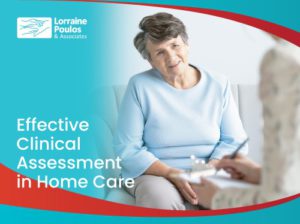