“The health and wellbeing of older Australians is an absolute priority,” Mr Morrison said on December 16.

The allocation will increase the number of Australians receiving in-home care to approximately 195,600 by the end of June, says health minister Greg Hunt, who has since been handed responsibility for the government’s response to the aged care royal commission as Minister for Health and Aged Care.

Consumer group COTA, which is lobbying for a maximum one month wait for home care, has welcomed the new packages as great news for older Australians.

“(This) announcement is yet another promising step by the government towards ensuring all older Australians can live at home as long as they are able to, and are not prematurely forced into residential care while they wait for care at home,” Chief Executive Ian Yates said in a statement.

He says the investment means that nearly 40,000 new home care packages have been funded in the current financial year.

“This gives us hope that  the government is well on the way to making age  care reform a major budget priority, “ he said.

Each year 19,000 people who are approved by government for home care are forced into residential care before they receive a package and another 10,000 die while waiting, Mr Yates says.

“It is vitally important that older Australians are afforded the respect and dignity of being supported to live in their own home as long as they are able to with proper supports. The current system simply isn’t working.”

He called on the government to continue to roll out new home care packages through the year to ensure targets are met.

“This is just another down payment on the much broader challenges facing home and residential care,” said LASA’s Acting Chief Advocate, Tim Hicks.

“We want to work with the Government on a detailed plan to reduce the waitlist and increase the number of high-level packages.”

Immediate investment in the aged care workforce was a “no brainer” he added.

Opposition spokeswoman on aged care Julie Collins says the government is simply continuing to drip feed care to older Australians with ‘splashy announcements’ as more than 100,000 continue to wait.

“The Government needs to stop drip feeding packages and actually have a proper plan to deal with the waitlist,” she said.

“The Government needs a proper plan and it needs to tell older Australians how long they have to wait for these packages and why. To continually drip feed them is not good enough.

Catholic Healthcare Australia, which provides 20 per cent of home care for older Australians, says future funding reform, as well as action on bolstering the workforce, is needed.

“Today’s funding announcement will change the lives of many older  Australians and their families who will be able to live with greater comfort and security in their own homes. However, it is important we recognise that leaves around 100,000 older Australians still languishing without the support they require. As a nation we can and must do better,” CEO Pat Garcia said.

All eyes will be on this year’s budget, which will be handed down after the royal commission’s final report in February, he added. 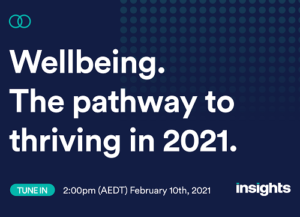 The Home and Community Care sector is in the midst of significant change and transformation, with the Royal Commission and the COVID-19 pandemic creating shifts that could potentially reposition Home Care into the future. To[...]
View Calendar
Add
Stories added to your shortlist: