More than half of Australians say their level of confidence in the aged care system has fallen since the start of the COVID-19 health pandemic, a new survey has found.

The National Aged Care Confidence Survey 2020 conducted by Fifth Dimension Consulting explores how confident people are in Australia’s aged care system and their intentions regarding family members who are current and future aged care recipients.

The representative survey involving 1,000 Australians aged 18 years and over was conducted online between 31 July and 3 August.

It found that 53 per cent of Australians have less confidence in the aged care system now than they had before the pandemic.

It also found that 54 per cent of people with a loved one or friend living in residential aged care is now considering taking them out of care.

“We have a strong need for aged care but no confidence in the existing system – and that makes the current situation unsustainable,” Ms Spooner told Australian Ageing Agenda.

“Many people who have lost confidence in the aged care sector don’t know anything about how aged care works. And the overall impression and reputation of aged care is incredibly negative,” she said.

The survey also found that 60 per cent of people planning to move a loved one into aged care within the next five years before the coronavirus pandemic, are now considering to delay or avoid the move.

Ms Spooner said aged care in the next five years could be very different to what it is now.

“Given the significant numbers of people saying they want to avoid aged care it will have a very detrimental impact – both financially and in reputation,” she said.

Elsewhere in the survey, 23 per cent of respondents say the mental health of their loved one or friend in aged care has declined since the start of the pandemic. The proportion increases to 34 per cent when talking about aged care residents in Victoria.

One in three survey respondents say the casualisation of the workforce is the greatest aged care issue putting the health of resident at risk.

“The Government has allowed the sector to casualise it’s workforce, which has been one of the main reasons the virus has spread so quickly in aged care, and when workers have become sick there can quickly be a shortage of staff.

“There needs to be a review of the employment practices as well as the training of staff to ensure at a minimum we are minimising the spread of COVID-19,” she said.

A quarter of respondents say the low number of care workers to residents is the second biggest issue putting residents’ health at risk.

The survey also found just under 50 per cent of Australians do not believe the government is doing enough to ensure aged care services can provide the best possible care to protect residents.

To regain Australia’s confidence in the aged care system, Ms Spooner said Government, industry bodies and providers need to commit to and communicate what a new future vision is for aged care.

“We have got to move away from this institutional mentality, we need to value older members of the community more and integrate care for the elderly into their lives instead of taking vulnerable elderly people and forcing them to fit a one size fits all aged care model,” she said. 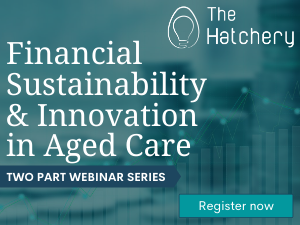 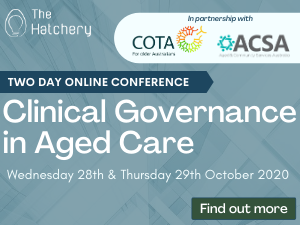